What Type of Renter’s Insurance Policy Should I get for My Apartment? 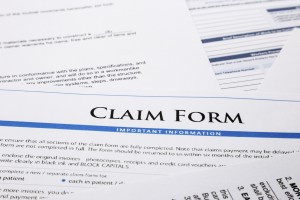 You’re getting a renter’s insurance policy for your newly rented apartment, or are considering changing your current policy, but you’re not sure about what kind of coverage best suits your living situation. That’s why The Apartments of Wildewood have a guide to explain the different types of renter’s insurance you might have, and the advantages and disadvantages of each policy.

An actual cash value policy, or ACV policy, is a policy that will pay the estimated actual cash value of an item at the time you file the claim. This includes the depreciation of an items value over time. For example, if you bought a 42” LED LCD television in 2010 for $1650 the depreciated value in 2015 would be $495. If something were to happen to the television that was covered in your renters’ insurance, an ACV policy would pay $495 dollars for that television.  The ACV payout is normally lower then market value, but the premiums are also cheaper.

A replacement cost value policy, or RCV policy, is a policy that will pay the estimated cost to replace an item with a similar item at current market prices. For example, using the same Television from the earlier example, with an RCV policy you’d get around $850, which is how much it would cost to get a new 42” LED LCD television. The amount of money has still gone down, with the value being about half of what you paid for it, but that’s because the price of televisions has dramatically dropped. The payout isn’t as low as the RCV Policy, and is enough to replace your TV with a brand new one of similar quality to the original. If you were insuring something like gold jewelry, the RCV policy coverage would end up paying roughly equivalent to, or more, then what you originally paid due to the value of gold gradually increasing. A RCV policy can be expected to pay more for your insurance claims, but the premiums will also be more expensive.

In addition to the policy coverage types there are additional coverage options that should be considered.

Extended theft coverage covers items against being stolen that are not in your home. These include items that may be in storage, a trailer, or your car. This is important if you intend to keep valuables in your car, or storage.

“Loss of Use” Coverage

Loss of use coverage pays for living expenses, up to a certain maximum, occurred when your apartments is damaged to the point you can no longer inhabit it. This would include the cost of lodging at a hotel, eating, and doing your laundry. It’s important to have “loss of use” coverage in the unfortunate event that you do need to leave your apartment due to something like fire or flooding damage. Blu-ray 4K Ultra HD 2160p movies site blu-ray.world download movie, quality REMUX 4K. It is original blu-ray disk!

Renting At the Apartments of Wildewood

At The Apartments of Wildewood, located in stunning St. Mary’s Maryland, we provide spacious homes with access to pools, an on-site gym, and maintenance whenever you need it – and have access to all the information you need to affordably rent a spacious apartment. To set up an appointment to check out an apartment rental from Apartments at Wildewood, call us at 301.737.0737 or visit the website!

Categories: Rental Tips | Tags: apartment rental, rental tips, and renters insurance
This entry was posted on Monday, February 23rd, 2015 at 5:14 am . Both comments and pings are currently closed.